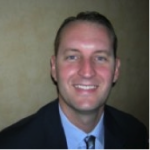 ΑΨ 433, John Meyer – Owner, Meyer Metallurgical Source
Fenton, MO
BS Metallurgical 1996
“My experience at Theta Xi enabled me to develop leadership and interpersonal skills that I utilize to this day in my career.  The opportunities for responsibility, leadership positions and support system within the Fraternity were critical to my success then and now.  I would not have had the same experience anywhere other than Theta Xi.” 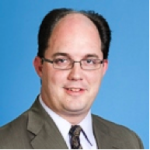 ΑΨ 440, Drew Davids – Planner & Chief Coordinator, Cubic Global Defense Army Capabilities & Integration Center
Kansas City, KS
BS Ceramic 1998
MBA, 2009 (Strayer University/UVA)“As a member of Theta Xi, I learned the value of doing things for the good of the organization.  Sacrificing personal achievements and recognition is often required. I have drawn on that lesson numerous times in my career since graduating.”

ΑΨ 494, Nick Ereckson, PE –  Associate, M/M Consulting Engineers
Denver, CO
BS Civil 2001, MS Civil 2003
“Many of the social and intrapersonal skills I developed at Theta Xi have helped me quickly advance in my career.  Developing and maintaining relationships and friendships is a common thread between a successful Fraternity and success in business.” 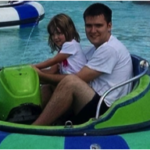 AΨ590, Jacob Finn – B.S. Chemical Engineering
Jacob pledged Theta Xi with 4 other young men in Fall 2012. He has served the Chapter as the Art Chairman and Service Chairman; he has held the offices of Treasurer and served as Scholarship officer three times!  Jacob is happy to be a part of the turn around at the Chapter since 2013 and is looking forward to continued improvements in the future. He knows that what he has learned at Theta Xi will benefit him in his career and every day life. 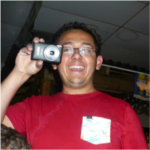 AΨ592, Andrew Castillo – B.S. Electrical Engineering
Andrew pledged Theta Xi with 4 other young men in Fall 2012. He has held the Chapter offices of Steward, House Manager and Scholarship.  He has also been apart of the Society of Hispanic Professional Engineers, Institute of Electronic and Electrical Engineers (he held the office of Secretary) and the Solar House Design Team.  Andrew is happy to be a part of the growth we’ve seen at the Chapter since 2013 and is grateful for the significant increase in Alumni support he has been privy to witness. 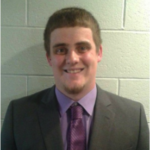 AΨ595, Chris Lee – B.S. Geological Engineering
Chris pledged Theta Xi in Spring 2013. He has served the Chapter as the Brotherhood Chairman and Chapter Historian for the last four semesters; he has also served as the House Manager twice!  As Historian Chris put together a Chapter photo album for the first time in about 10 years! During his Associate semester, there was a lot of talk about the real possibility of Theta Xi closing its doors for good, but now Chris only hears about building the house up!  Chris is considering pursuing his Masters degree at Missouri S&T if he can’t secure a suitable job by November 2017. 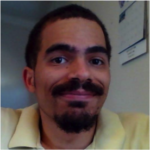 Savon started school at Missouri S&T in the Fall of 2012, but he soon realized he couldn’t do his classes on his own. Luckily one of his classmates was a Theta Xi and pledged Theta Xi in Spring 2013.  He has been a critical member of the Chapter’s leadership having held the offices of Steward (twice), Secretary, Vice President, and President!  Savon’s greatest accomplishment was leading the Chapter through the transition of reconnecting with our Alumni.  Outside of the Fraternity he served on the Optimist Club as the head of the Conference Planning Committee and the office of Secretary.   He knows that what he has learned at Missouri S&T and Theta Xi has more than prepared him for the computer engineering industry. 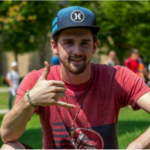 AΨ601, Seth Foster – B.S. Geology/Geophysics
Seth pledged Theta Xi with 8 other young men in Spring 2014 (yep that says 8 in the Spring!). He has held the Chapter office of House Manager and he has served as the Historian, the Social Chairman, Rush Chairman, and Alpha-9 Chairman (think Pledgucator).  He has also been apart of C.L. Dake and the Society of Exploration Geophysics (SEG).  Seth was the recipient of the Mines and Metallurgy Scholar Academy Award and is going to pursue his Masters of Science in Geological Engineering.  He is looking for an internship or a Co-Op position in the field of Geology/Geophysics. 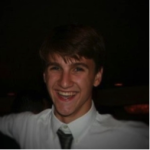 Interests: Most all of my interests lie in my scholastic involvement.  I am genuinely passionate about mathematics and am absolutely fascinated with any and all things physics, particularly in cosmological studies.  I’m engaged in undergraduate research through the Chemistry Department and have an OURE project about the spectroscopic study of uranium and thorium due by the spring of 2016.

“I joined Theta Xi to become a part of an open and accepting brotherhood that will support me during and after my academic endeavors.” 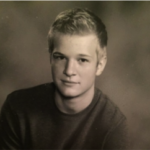 Trey pledged Theta Xi in Spring 2013. He has served the Chapter as the Philanthropy Chairman.  He also was a member of the Society of Explorational Geophysicists, the Mars Rover Design Team, and Learning Enhancement Across Disciplines.   Trey’s greatest accomplishment was being the recipient of the Kerry Grant Field Camp Award/Scholarship from the Geology/Geophysics Department.  Alex has applied to continue his education in graduate school for Explorational Geophysics with an emphasis on Oil/Gas Exploration. 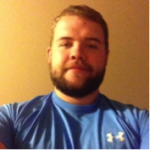 “The brothers at Theta Xi have made it feel like a home away from home with many lifelong friendships.” 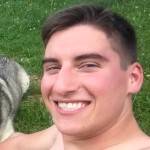 “I joined Theta Xi because I wanted to have a good time.  Theta Xi gave me that good time through an environment that created leadership, knowledge, and the occasional party.”

I joined Theta Xi because of my admiration for the organization.  This admiration developed due to the family aspect of the house and my initial perception of the strong bonds of the men that I had met on my pro day.  Some things I enjoy doing as a Theta Xi consist of brotherhood events, participating fully in meetings, and sharing my ideas with the currently active members to ultimately improve the Alpha Psi Chapter.  I hope to facilitate the growth of the Alpha Psi Chapter whilst making the transition of the chapter into a new home through my own ideas as President and through the assistance of our inclining Alpha Psi Alumni support and the assistance of my young, but strong, executive board.